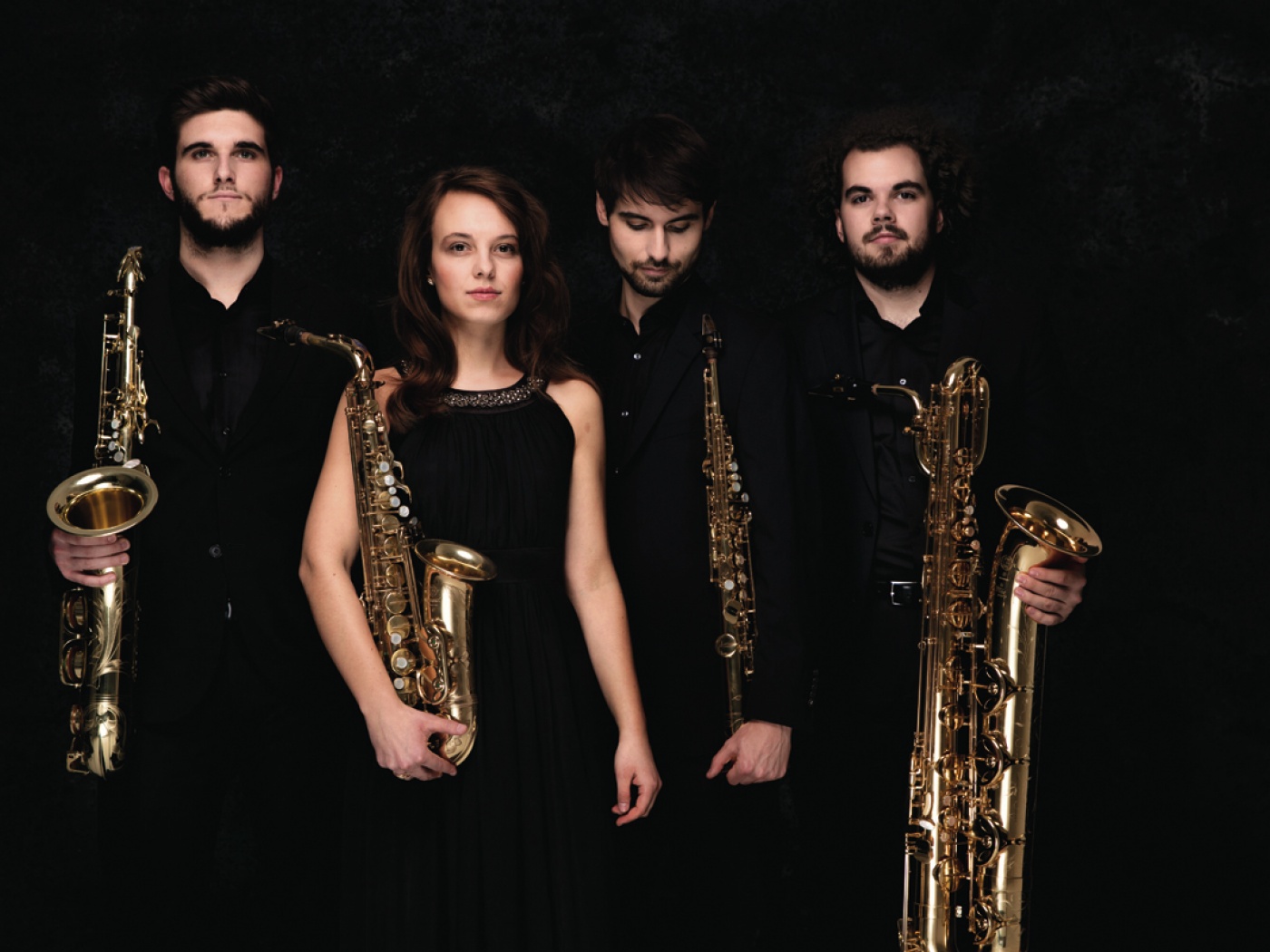 “A fantastic ensemble that’s ‘still on fire’, innovative, and hell-bent on high-quality music making.” (Enjott Schneider)
These four young musicians from Munich, possessed of a charismatic and authentic stage presence, set audiences aflame with their spark-throwing enthusiasm and burning passion for this rare form of chamber music.
In their highly professional, exact interpretations, they explore the relationship between individual expressivity and the interwoven quality that makes chamber music what it is. And in doing so, they captivate listeners with their joy of playing and expressive depth.
2013 saw the release of their first CD, “Arcis Saxophon Quartett spielt Enjott Schneider”, on Ambient Audio. In 2017 their CD “Rasch” was released on Genuin.
The ensemble’s activities in 2013 were marked by important international accomplishments: first prizes in Munich (in addition to the Audience Prize), Gioia del Colle (Italy), Moscow (Russia), third prize in Chieri (Italy) followed by second prize in Berlin in 2014, first prize in Magnitogorsk (Russia) in 2015 and first prize in Berlin in 2016.
Furthermore, the ensemble was honored with the Bayerische Kunstförderpreis 2016 and awarded with the Scholarship of the Theodor-Rogler-Foundation, a Scholarship of Music by the City of Munich and a Scholarship of the Erika and Georg Dietrich Foundation.
The ensemble was founded in 2009 at the University of Music and Performing Arts Munich, and studied chamber music under the Artemis Quartet with additional instruction from Koryun Asatryan and Prof. Berger in Munich. The quartet has been a member of the European Chamber Music Academy since 2014.
They take the world’s stages by storm: After their international debut in the Great Hall of Tchaikovsky Conservatory Moscow and the concert in Wigmore Hall, the invitation to play in Berlin Philharmonie in 2017 marked a new milestone in their career. 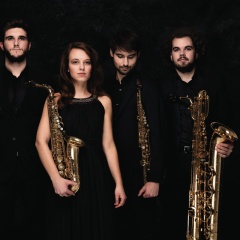